So I mentioned previously that I was working on a Big Post™, and decided that it's going to be a 6-part sort of series of blog posts, and each of the 7 parts will be a condensed, digestible piece of the overall discussion. I want to have Part One uploaded tomorrow, and will also be doing a continued post about Alita. 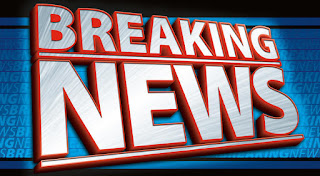 The reason why I'm doing it this way is because I have more to say about the movie itself; the previous post about it was mostly focusing on the media and its coverage of the movie, i.e. what the YouTube community refers to as the Culture War.*

The culture war is essentially the growing divide between fans and creators. One example is the politicization of video games, another is laws like Article 13 passed by the EU that show a blatant lack of understanding of the YouTube community, and another is the way Disney ruined the Star Wars franchise with the Last Jedi and Solo; some say this is what's starting to happen with Marvel and that Captain Marvel was the first example of the new route Marvel wants to take with its movies. The overall theme with the Culture War discussion is that companies are becoming more and more detached from what real, actual consumers want, and will spare no expense trying to force consumers to accept what's being peddled to them.

That being said, this isn't going to become an Alita blog, or a movie blog either, but I do love stories and creative endeavors and when I find something I like, I want to explore everything it has to offer, regardless of what medium it is. I'm sure at some point in the foreseeable future, a game will come out that's so interesting and new that I'll have to talk about it the way I'm talking about Alita, and I'm sure the same could easily happen with a TV show, anime, or book series. Considering Game of Thrones season 8 is about to come out, and I'm also reading Harry Potter for the first time, and I finally caved in and bought The Witcher 3, you can expect that I'll probably be covering the major points of at least one, if not all of those things, but I'll cross those bridges when I get there.

But of course I still have this big project I've been outlining, so I think it would be a good idea to wrap up the Alita discussion and start a new one on the same day, but both posts will be a bit long so people can pick and choose to read whatever they want (part one of the mini-series is actually pretty short, but the entire thing will be super long). Anyone who wants to dive into the discussion can today or tomorrow, whenever it's finished, and anyone who wants to read more about Alita can do that too. For the 7-part post series I'll try to have one post up every other day, which might be difficult but that's what I'm aiming for.

Anyway that was just a quick update and I'll get back to work on these posts and hopefully have them done today if not tomorrow.