On Ideas and Originality

Right off the bat, this post might seem similar to my one on "Creativity," although the focus is quite different.

While in that post I was talking specifically on the degrees of creativity and what they might look like in practice, in this one I want to talk more about practical ways to actually implement creative thinking into daily writing.

Of course it goes without saying (yet here I am, doing the saying) that this type of stuff isn't just limited to writing books or writing in general, but could apply to painting, music, D&D campaigns, and any other relevant things you can think of. 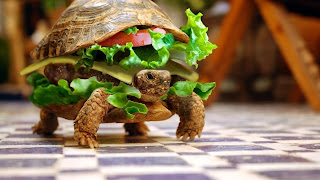 Unfortunately, I haven't been doing blog posts as frequently as usual because I've noticed a steep decline in page views and comments, which seems to suggest that a lot of the people who came to the blog were just in it for the Alita posts or the first few tidbits of writing stuff and then got bored and left, but I think I'll keep writing stuff here anyway even if no one and their mother's don't read any of it. 'Cause why not ¯\_(ツ)_/¯

So pressing on, I think there's two distinct ways creative and original ideas can be formed, but let's start with the easiest way.

Flipping: "Flipping" is a term I've coined that merely means, "taking other peoples' ideas or popular tropes and flipping them on their head." The difference between flipping and out-right stealing ideas is that it actually requires creativity and thought, and yields a different result.

One example is the animated series Hellsing Ultimate. Whereas most vampire shows and movies have devolved into teen dramas, Hellsing is a classic action-horror that makes vampires actually seem pretty cool, and it utilizes the anti-hero trope really well.

Another example is the ending for The Alchemist. (If you want to avoid spoilers for The Alchemist by H.P. Lovecraft, then feel free to skip, but honestly it's a hard read and not for everyone, and the ending is really the thing that makes this book funny so most of you can probably read this in good conscience).

We're all familiar with the "old wise wizard" trope. It seems that every fantasy story insists on having some wise-old-sage character like Merlin or Gandalf and it's kinda overdone at this point. And evil wizards are also pretty commonplace and usually unremarkably done.

But in The Alchemist, an old sage puts a curse on a man, saying that all the men in his bloodline will die young, and once it starts happening, the protagonist starts panicking and spends most of the story trying to figure out how to break the curse, only to discover that the curse isn't even real and the "wizard" was just breaking in and killing them himself. It's such a funny and ridiculous take on the whole "evil ancient wizard" trope that it pretty much deserves its own category.

Another example of flipping is The Incredibles. While I certainly don't hate Marvel and DC, I don't like them all that much because all those super hero movies feel kinda bland and uninspired to me. They all feel the same and lack that intrigue or originality that I usually enjoy in films. But The Incredibles is different in that it's a "realistic" take on what it would be like being a super hero, complete with the stupid general population turning against them, being forced to take soul-crushing and "ordinary" jobs to survive, and having to coexist with regular people while suppressing anything they might have that makes them unique or interesting. A lot like real life. And one could argue Shrek accomplished the same thing with basic fantasy tropes.

The idea of flipping is to take a common idea, make it seem like "just another ____" story, when in reality it's the exact opposite. There's a lot of fun to be had with idea flipping and there's tons of really popular and common tropes and cliches that haven't had their opposites explored.

But what's another way to create original content that doesn't involve just doing the "opposite" of something?

Distorting: What is distorting? Distorting is when, instead of taking one common trope or cliche and flipping it on its head, you take a bunch of small concepts and ideas from a variety of different stories then gradually make so many small changes that the overall product is completely different. At this point, you've implemented so many different little ideas from different books and movies and so many small changes were made that none of them are recognizable anymore, and everyone who reads your story will think you're a creative genius when really you stole every single plot point from a myriad of other works and just slightly altered each of them so that no one of them was similar enough for people to draw comparisons between your story and others. 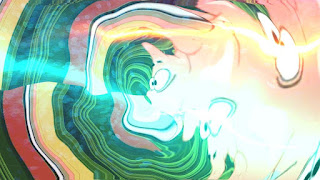 New ideas: Obviously, this is the hardest one. And the funny thing is that this is the only one where you can't actively work on coming up with new ideas. While this one is sort of the hardest, in a way it's also the "easiest." These ideas aren't ones that you can come up with while sitting there and forcing yourself to churn up ideas during a brainstorm session.

These ideas just kinda show up when you least expect them.When you're in the shower singing Chelsea Dagger and pretending to know the lyrics after the "DOO DO DOOOO DO DOO DOOO" part, when you're watching reruns of "Friends" at 11:38 at night, when you're taking a shit and contemplating the meaning of it all, when you're insastiably bored and the bedroom is too damn hot for you to fall asleep so you just kinda stare at the ceiling angrily,

when you're standing somewhere and suddenly wonder what you should be doing with your hands and whether or not they should be in your pockets, that sort of stuff. Originality in its purest form can't be taught, but sometimes if you consume enough media and stories, they'll just start coming to you. I remember the entire idea of my story came from me just randomly thinking, "What if magic was limited and people had to fight for it?" followed by me thinking, "but what if one person is hoarding it all??" and that was pretty much how the idea of Desolation's Reach came into being.

These ideas will probably have humble origins but we don't have to actually talk about those. When your book is finished and people ask you where you got your ideas and inspiration from, you can always give them some spiel about your childhood stories or whatever and you don't have to tell anyone that the idea came to you while stalking people on Facebook while you were on the toilet. You can just conveniently leave that part out.

Anyway, let me know if any of these were helpful or not, it probably came across as just "steal peoples' ideas and slightly change them" and "spend as much time in the bathroom and doing mundane activities as possible" but that was a risk I was willing to take when typing this up, and I knew what the deal was, so if it came across that way, oh well.

At any rate, I'll be back sometime likely within the next week or so for the next installment of the "Dynamic Story" series so stay tuned.

and I'll see you in the next post.
Posted by Dylan Devine at 1:19 PM