So I've recently had an epiphany. I was driving home from work when I was struck by the sudden realization that I don't have to exclusively write gigantic, eye-bleed-inducing essays all the time. Like, the world won't implode if I drop in small updates between big posts. So one thing I'd like to start doing is these little quips of my daily misadventures and funny / notable events.

These updates will usually be short, sweet and to the point (a completely foreign concept to this blog).

So this will be the first of many of those.

There's this unspoken rule that if at least one person doesn't want to (or successfully) cut ties with you because of your memes, you're probably not funny. Because funny people inevitably crack a few eggs along the way. Obviously that doesn't mean being an unpleasant and unlikable person, just that one or two people will take offense to your humor.

Anyway, so this girl seemed awesome on the surface; she was a Christian, a computer and gaming nerd, we had all of the same major hobbies and interests, and hell, she even liked Dark Souls. What are the odds?

So we had agreed to a time and date to grab coffee together, but then she messages me saying she changed her mind. Why? Because she saw my Instagram and apparently my memes weren't "Christian" enough. 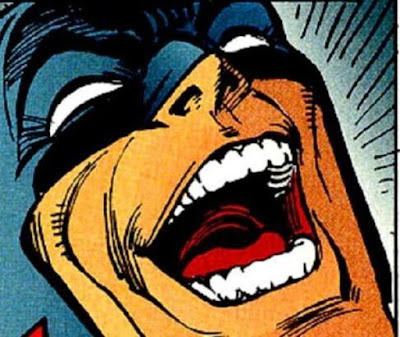 So I just replied with this image: 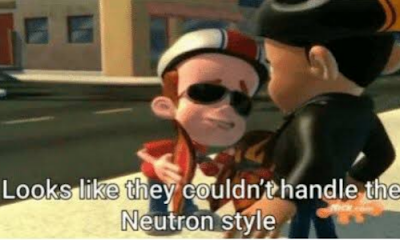 After that I actually thought of a great response, and I was gonna write up this whole spiel about the difference between puritans and Christians but then she unmatched before I got to make my snarky comeback :(

Anyway that does lead me to one interesting thing though, and that's that I find myself in kind of an odd situation. I'm very adamantly Christian--I'm a very religious person--but I also have a sense of humor. Too many people think being "Christian" is about having a stick up your ass and thinking you're morally superior to everybody else because you don't laugh at "crude" humor or use "bad" words.

This is an unpopular opinion among Christians but bad words aren't inherently bad. For example, the words "phallus" and "dick" both mean the exact same thing, but if I referred to a guy's junk as a "phallus" I'm sophisticated and polite, but if I say "dick" I'm being foul.

Don't get me wrong, there is a time and a place for swearing. You wouldn't hear me cursing like a sailor at someone's funeral. Context does matter, and, just like with any other word, the way you use it determines if its usage was bad or not. It also matters if they're using it correctly or not--someone dropping an F bomb in rare occasions is perfectly normal, but someone who drops F bombs in every sentence is just annoying. The only people who do that are illiterate people who don't know any other way to describe things so they have to use "fuck" to describe anything and everything. "F this, F that, that F'n thing won't work, my back F'n hurts..." we all know those people. It's like "fuck" is the only word they know. That actually ties into my previous essay about language.

So to give perceived puritans the benefit of the doubt, I agree that those types of people are annoying, but a normal person using swear words normally is not bad. But if you think you're morally superior to someone because they have crude humor or use naughty words, you're probably just a boring, fun-hating puritan. Sorry, I don't make the rules ¯\_(ツ)_/¯


My next post will probably be about "Agreeableness," stay tuned for that.

and I'll see you in the next post.
Posted by Dylan Devine at 5:17 PM