Why the Idea of Soulmates is Unromantic Idiocy 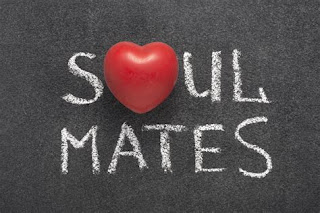 This Valentine's Day I'd like to be a salty cracker and crap all over the idea of soulmates, but when I explain the real situation I think you'll come to find that the idea of soulmates isn't nearly as romantic as decades of cinema, poetry, and crappy radio hits have led us to believe. I'd go so far to say that the actual seemingly-bland reality is much more romantic when examined properly.

In order to understand why the concept of soulmates is aggressively unromantic, we need to define it first. Some might affectionately refer to their partner as their soulmate with the implication being that they ended up together and are a great match. Nothing wrong with that. If that's the case, then of course soulmates exist. When I say "soulmates" what I'm referring to is the nebulous idea that every single human being on the planet has a person crafted perfectly to their own personality and liking, who would be perfect for them in every single way because they're destined to be together; they're each-other's one and only.

To grossly over-simplify all human beings, let's recklessly cram them all into two narrow categories; those with "destiny" mindsets and those with "growth" mindsets.

I didn't coin these by the way, please refrain from going to the comments section and screeching at me that I stole this idea from (insert some other content creator here).

Those with destiny mindsets are those who essentially believe in soulmates. They believe that everything will work itself out and their beloved one-and-only will end up with them eventually. These people tend to have short, passionate flings that quickly dissolve the moment the going gets rough. Why? Because they sort of expect their partner to be perfect, and if they aren't (when they aren't), they simply believe that they've got the wrong person and that this person they're currently dating must not be their true soulmate. Those with destiny mindsets are much less likely to work hard in relationships because they believe that if it's their destiny to be with this person that things will just conveniently work out.

Those with growth mindsets are the complete opposite, they believe firmly in mutual trust and understanding and in tackling problems together and making compromises based on the other person's needs. A person with a growth mindset is significantly more likely to have longer-lasting relationships because they don't expect the universe to deliver a flawless soulmate on their doorstep, and instead they acknowledge that both partners have to make a strong effort to make a relationship work well in the long run.

To some the growth mindset sounds very dry, pragmatic and unromantic, but it's not. 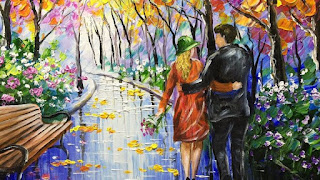 The destiny mindset is really selfish and stupid if you think about it; it's essentially believing that the universe spawned a perfect being into existence who isn't allowed to be happy with anyone else since they were created for the sole express purpose of gratifying you. There's a sense of entitlement that comes from people who strongly and fervently believe there's a soulmate out there waiting for them, and even if we could quantify and measure someone's compatibility with someone else and found a perfect match, the odds that they are just sitting at home sighing into the wind and longingly looking at the stars waiting for you to come along are zero. And odds are, the more attractive, funny, and successful they are in life, the more suitors they will have, so they're likely putting themselves out there and trying to find a good match for themselves.

I've also noticed the trend of people with destiny mindsets not caring whether they're offering the very thing they want. They want a soulmate who conveniently happens to be wealthy, attractive, funny, etc., but never once stop to ask themselves if they offer all of those same qualities. Because one has to be exceptionally naive and kind of selfish to think that a hypothetical perfect person that they'd want to marry would be mutually interested in them for no apparent reason. It's an example of the protagonist effect, where people see themselves as the main character in their own romance story, so naturally there's no need to worry about what they bring to the table--they just assume that there's someone out there who would be perfect for them, and they don't need to wonder if they measure up to this hypothetical soulmate's standards because they're the main character, after all.

The growth mindset on the other hand is much more wholesome. It involves two people taking each other as they are, and working hard to understand the other person's intricacies, needs, and wants; and an unspoken rule that they will both continue to provide for what the other person needs emotionally, financially, and romantically. It also means helping them iron out some of their worst tendencies and bringing out the best qualities they possess by being supportive and constructive without being cruel or overly-critical. No matter what shitty things happen at work or university, they can come home and rely on the other to be their sturdy foundation that they can always count on for support and affection. It's a two-way street, and they're also ready to be that sturdy or compassionate companion if their partner needed it.

The growth mindset doesn't mean just taking any random bum off the street and trying to mold them into perfection, but it does mean making compromises and extending a great deal of empathy to your partner's needs, while simultaneously knowing you can count on them to care just as deeply about your own issues and needs. It involves taking someone who may not be completely ideal, but seeing that they're doing pretty decent and have most of the same values as you and saying, "Good enough."

With all that said, how many people do you think believe in soulmates?

Try 79%. That's right, basically 8/10 people (Americans at least, as the study was done in the US) believe in soulmates who they will end up with because of the forces of destiny.

But that feels so... cheap. It's like starting a tough puzzle and immediately looking up the answer in the back of the book before even attempting to solve it yourself.

It feels lazy and selfish to me. 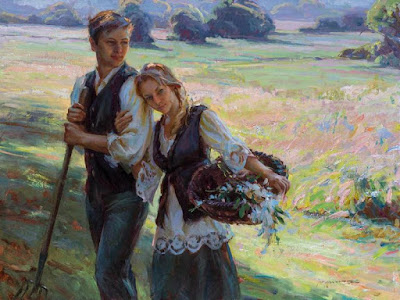 You know what's romantic? Two imperfect human beings taking the time to really understand each other on a personal and intimate level, being unabashed about their flaws and gracefully patient and understanding of their partner's issues. Starting off with humble beginnings and cultivating something beautiful through hard work, loyalty and honesty.

True love is steadfast, studious, and pragmatic in every way it can. It's messy and completely unromantic by Hollywood standards, and that's what makes it so special.