A few posts ago, I promised that there would be concept art for Enid coming soon. The first of these pieces is ready, and I've come to deliver.

This digital painting of the protagonist was done by artist Gabriel Schwepler through Etsy. In the future, I plan to commission a few other major characters, as well as one landscape piece featuring a location in the story known as the "Tree of Transient Worlds," which is by far my favorite location in the book.

With the other character art pieces that will be posted later on down the line, they will likely just be portraits, bust-shots or half-body pieces, as good art is scarcely cheap, but it's more affordable the less work the artist has to do. However, since the first painting was going to be the main character, I opted for the full-body. You can probably expect around 4-5 pieces of concept art total before the book comes out, including one of my favorite characters, a bullish Walt-Disney-like tritagonist that would fall squarely on the "chaotic neutral" tile of any morality chart.

One choice I struggled with was whether to include the metal hand, because it's technically a spoiler. While not a huge spoiler, some readers who see that she has a crude metal prosthetic in the promotional material but starts the story with two normal hands will pick up on the spoiler and inevitably (correctly) conclude that something causes her to lose the hand somehow later in the story. Let's just say that now I know a lot more about transhumeral amputation and prosthetic harnesses than the average person. (These are the types of strange rabbit holes we sometimes have to go down for research.) After all the medical combat stuff I had to look up, I'd be surprised if I wasn't on an FBI watchlist somewhere. A part of me wonders what someone would think if they saw my search history without any context. 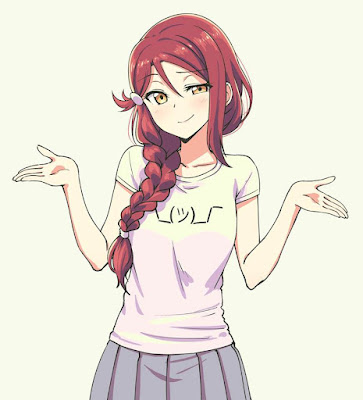 Considering that I gave myself an April 2023 release date, and revisions will likely take about a year, that means I have about four months give or take to finish writing the book if I want to have enough time to edit and revise before the self-stipulated release date. September and October were great months for the manuscript; I was writing non-stop like a madman during that time, but in November it was hit or miss half the time and this December has been very unproductive. I've been so busy with snow and work and road problems that I haven't much of the time or energy to write, so my New Year's resolution is to just buckle up and write like a maniac to finish writing the book before this April.

That's also the main reason I haven't written an essay for this blog in a while; whenever I make some time, I go straight to the Enid manuscript, but there's one essay I have planned that's going to be a part of serialized blog posts. It's going to be a review / analysis of Kristin Lavransdatter by Sigrid Undset. I love Undset and have a lot to say about this book. I'm only 300 pages into this 1,000-plus-page behemoth, but it's already one of my favorite books and once I'm finished reading it, you can expect a big ol' essay about it. The series is going to be something along the lines of "Irrelevant Book Reviews." I'm calling it that because I'm going to start reviewing and analyzing books that are not popular or contemporarily relevant. You aren't going to be seeing trendy videos by Booktubers on YouTube talking about Kristin Lavransdatter or Main Traveled Roads or any of the other books I plan on talking about, but that doesn't mean they aren't worth talking about.

This does not necessarily mean "obscure," because some books aren't in current fashion but aren't by nobodies either; for example, Mark Twain is one of the most historically-famous American authors and everyone was forced to read Huckleberry Finn in high school, but I've never seen anyone reading The Prince and the Pauper or Joan of Arc or A Connecticuit Yankee in King Arthur's Court or even talking about them online, unless I go out of my way to look up old threads about them. Despite being an author who is """"famous"""", it seems very few people are actually familiar with most of his works, or particularly familiar with any of them. The same is true for most historically-famous authors.

Ironically, Mark Twain himself said the same thing about classics, perhaps not knowing that he himself would become a prime example of it. 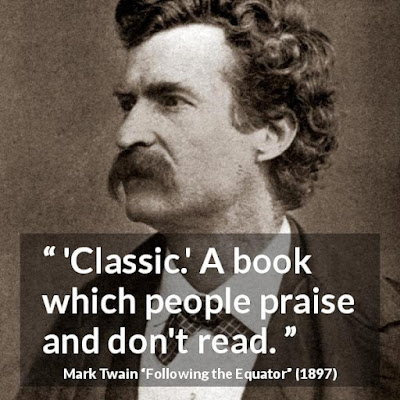 Some of the books that will be discussed here will definitely be obscure (like Kristin Lavransdatter) but many will be by writers we all know and (hopefully) love but have never read. One of those books is Neverwhere by Neil Gaiman, an unpopular book that most people have never heard of by a very famous UK/US author.

That's all I have for you today.